Crazy amount of deodorant and enough toothpaste to get me through a nuclear war: check.

I’ve never felt so organised, or so safe from impending perspiration.  I’ve discovered that checked off to-do list however, comes at a heavy price. I’ve spent so many hours wandering the fast-food scented, teen-infested, morally repugnant alleys of the mall, that I’ve lost a piece of myself I’ll never quite get back. The only consolation is staring at the things I’ll be stuffing in my suitcase and trying to figure out a military-style packing strategy.

If I close my eyes, I can practically smell the kimchi (though I’m not too sure what kimchi smells like at this point). 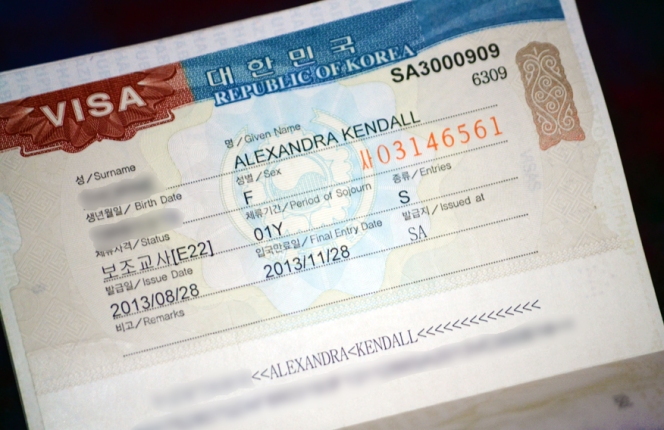 So as I while away my days, alternating between total zen and complete emotional chaos, I’ve decided that it might be a good idea to actually learn the language of the country I intend to spend the next year or so in. I had spent almost a year in Serbia and my most used phrase was “Ne razumem” I don’t understand. And also, “naročito sa masline” with extra olives. Thus, I’m determined to go to Korean with a little more than the vocab for my favourite pizza toppings.

I started learning the alphabet phonetically and trying to memorise a few basic phrases. Enough to suitably impress my future principal with my knowledge of formal thank yous and to vaguely understand the public transportation system, should I get lost and find myself on a lonesome bus station in the middle of Nowheresville, Gangwon-do. The thing is, language learning can become really boring if you’re not particularly interested in it. Don’t get me wrong, Korean’s not terrible by any stretch, but it’s not exactly eargasmic either. 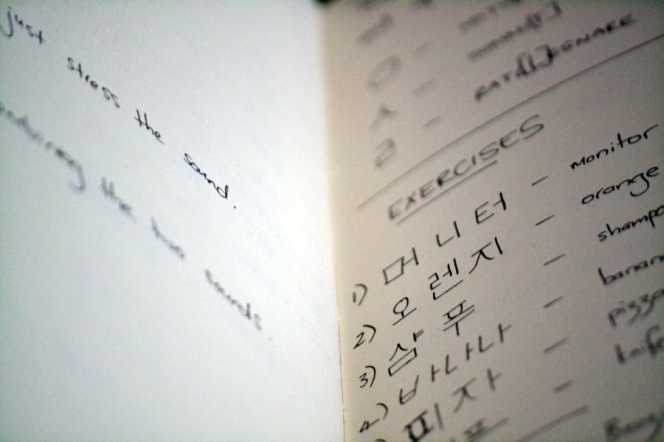 So after a few days of studious language learning and wishing I had a pair of tortoise shell-rimmed spectacles that I could wipe in a scholarly fashion to the swelling chords of a James Horner score (because in this fantasy montage, I’m Miss Honey), I had a brainwave. Since my Korean language levels were below that of a 2-year old, I may as well learn like one.

Enter Pororo the Little Penguin. This strangely animated  show about a penguin dressed in aviation garb and his crew of friends, including a large polar bear in a Hawaiian shirt and a yellow robot with a permanent serial killer smile, has become my primary source of learning. Everything is high-pitched and overly exaggerated. It’s like the lovechild between a pokemon and a teletubby (a poketubby? a telemon?). I don’t know whether I hate it or find it endearing. After watching six episodes, I’m leaning towards hate. BUT, I have learned at least six words since discovering Pororo. It’s not like watching a film in Korean, where you’re so focused on reading the subtitles, you miss the actual words. No, this is all Korean, all the time – much like the situation I’m going to find myself in in 19 days.  Oh Glob.

Walk softly and carry a big stick. You'll need it to fight the monkeys.

Down The Rabbit Hole

Amidst changing oceans, a new life awakens through wanderlust

Lauren in Translation
A broad abroad

The Utterly Unexciting Adventures of Miss Shambles
Kimchi with Eish!

South African teaching English in Korea , trying to eat Kimchi, and just basically living it up in the R.O.K

Reveries of a poetic mortal

When in New Places

4 out of 5 dentists recommend this WordPress.com site

Good luck in all your endeavours.